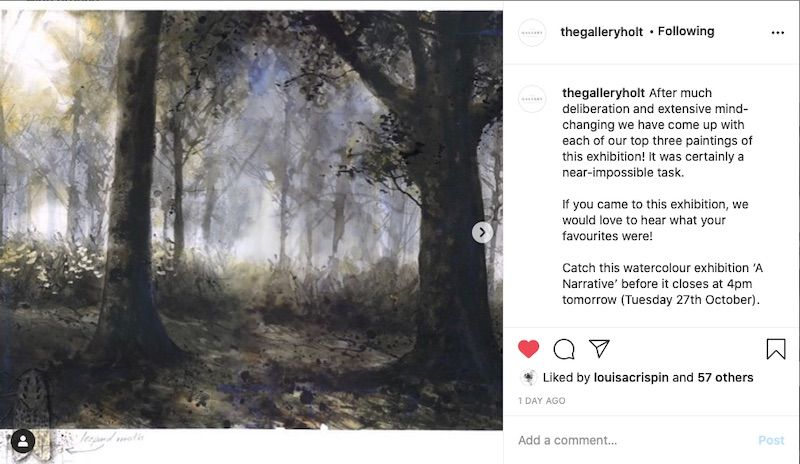 Massive thanks to The Gallery, Holt for voting my work into the top three watercolours on show in their 'A narrative' show. Always lovely to get a vote of confidence

Mind the doors please……they're closing at 'A narrative' exhibition at The Gallery, Holt in Norfolk on Tuesday 27 October. I'm really pleased to have exhibited with members of the RI, RWS and SGFA 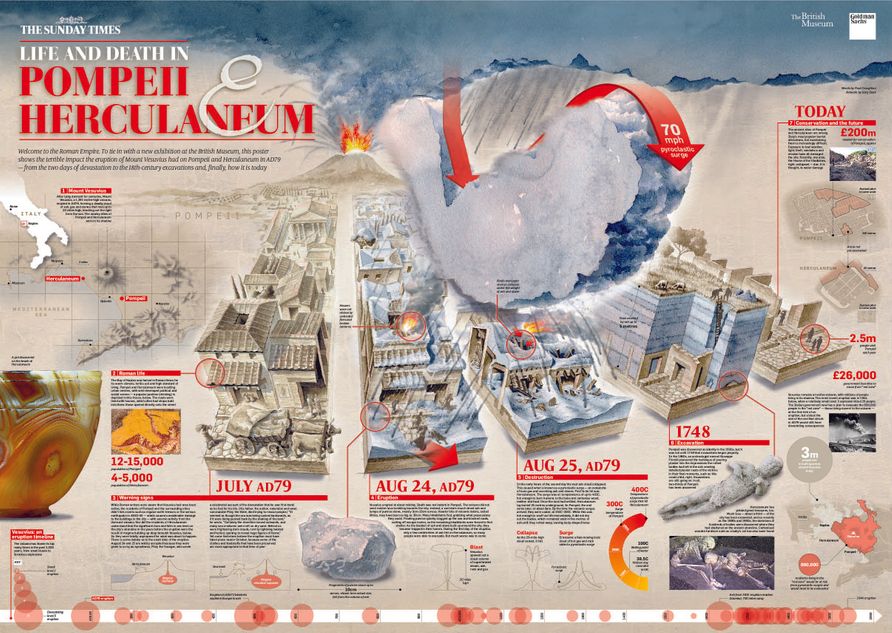 Thanks to @SundayTimesGraphics for the mention of the poster we produced back in 2013 in collaboration with the British Museum Pompeii and Herculaneum exhibition. In those days The Sunday Times had a dedicated Special Projects Editor, the brilliant Paul Croughton (now Robb Report editor). He and I had great fun delving into the incredible history of the eruption of Vesuvius in AD79 and came up with this glossy poster. The main part was painted in watercolour with Photoshop embellishments……Ah, those were the days……

So, wind turbines will be providing all the UK's electricity by 2030? This "new Jerusalem" is to become the Saudi Arabia of wind. I'm not sure that aping Saudi Arabia for anything is to be admired. Least of all by somebody who in 2013 said “No one seriously believes that wind turbines are the answer to our power shortages,” and "We should depend on nuclear and shale gas." Still, at least it's a step in the right direction. Unfortunately it's more of a reluctant, slow shuffle. I believe we need to move much quicker to halt even more climate change.

The proven technology of wind turbines has been around for a while. In the Business section of The Sunday Times there was a page dedicated to innovations and upcoming businesses. For the Graphics Department this print space was catnip. There were few photographs of these ideas to reproduce in the paper so we in the team were often asked to provide diagrams of forward-thinking environmental plans. I produced this hand drawn graphic thirty years ago and illustrates that we knew back then that green technology gave us a route out of our carbon burning addiction. We just had to get on with it.

The newspaper was still printed in black and white in 1990 so these diagrams were drawn with ink pens and overlaid with Letratone. No colouring in required. The captions were printed out and stuck onto the diagram with hot wax.

It all seems a little old fashioned now, but the graphics show the information about climate change has been out there for years. We need our leaders to stop blowing hot and cold on turbines and just get on with it. 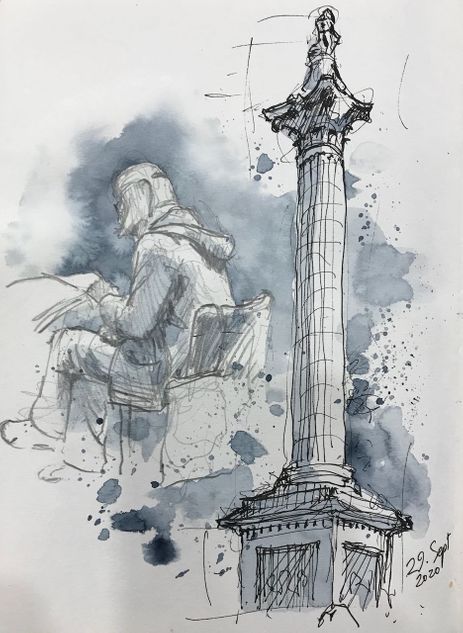 Sketchbook. Reading in the coffee shop……and somewhere else

Being bothered is exhausting isn't it?

The endless denial and inaction on climate change by our leaders over the years is so frustrating. The information and science that many have been denying has been clear for far too long. There really is no excuse. Too many countries aren't doing enough and even here in the UK, where there's finally a grudging acceptance that things must change, we get a series of over-spun, underfunded, greenwashed announcements, all due to happen in the far future.

I worked at The Sunday Times as part of the team producing graphics and remember drawing diagrams about climate and the environment nearly 30 years ago. The 1992 Earth summit in Rio was a big deal and the newspaper gave over four Focus news pages to the story, with the main image being a big stat map. Back then, we were still drawing everything by hand and just on the cusp of using colour, which made deadlines even trickier. Phil Green, the genius Graphics Editor, sketched out a lovely double page spread and we started putting everything together around 10am on a Friday morning. The pages had to be printed on Saturday night which didn't give us much time to produce a fact-heavy colour graphic. Phil did the main diagram while I scribbled logos and charts to be waxed down onto his gorgeous map. We always worked late on a Friday night, but the added complication of colour pushed our finish time to a coffee-fuelled 4am on Saturday morning. After four hours sleep we were back at our drawing boards blearily finishing the diagram off to press at 6pm that night.

I think it was the first time the square miles of Amazon destruction had been compared in scale with the size of Wales. Now it's a graphics standard, along with the classic, building heights versus stacked double decker buses. Amazonian areas the size of Wales have been burning each year since and as we know, have even recently increased in the pace of destruction. Pretty much every concern flagged up In that diagram has become reality and in many cases the situations depicted around the globe are virtually irretrievable. One of the few things to have improved is the ozone layer.

There's a pitifully slow acceptance that something should be done. But let's be honest, at the pace we're tackling our mess, it's too late……Or am I just being negative through exhaustion? 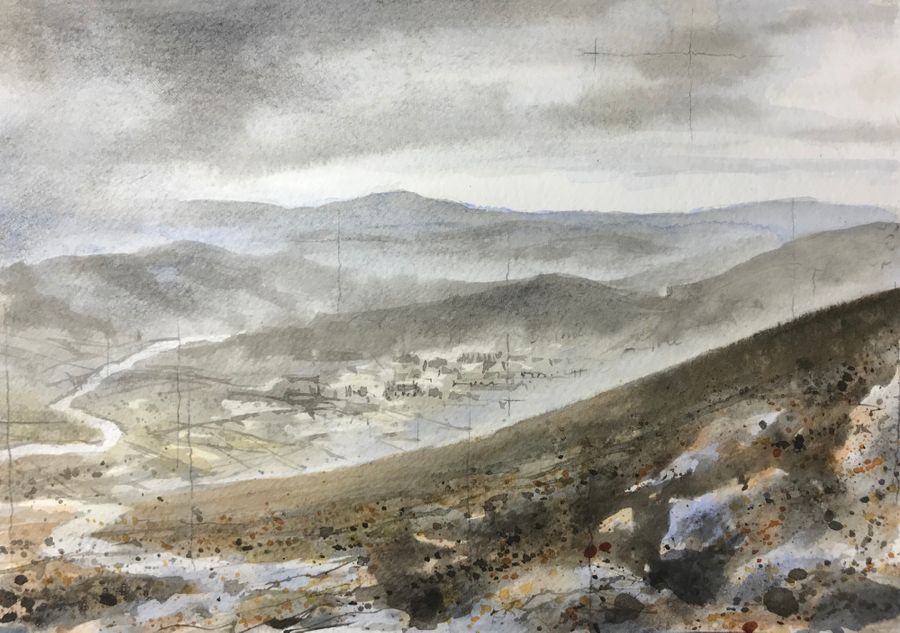 Here's the view from Morrone down onto Braemar. Tucked in the village there is the brilliant Fife Arms . Well worth a stay just to live among works by Lucian Freud, Brueghel and the odd Picasso……Walking this hill was a lovely bleak, windy climb. We thought we'd bagged a munro, but no. Even though it felt like a mountain to us, it doesn't make the rankings 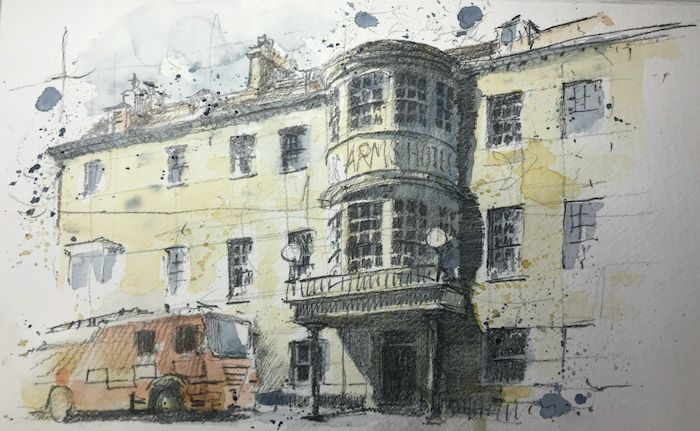 If you get the chance have a look at the King's Arms in Dorchester. A beautifully restored hotel that Thomas Hardy ate and wrote in. The Rolling Stones stayed there too. Probably not the same weekend

I hope you're enjoying this website experience. Massive thanks to the amazing team at Glide Publishing Platform who built this site. Not only are they brilliant at their jobs, they are lovely people too. They glided through every pointless tweak and rethink I had without even a ripple. Hopefully you'll agree, on the surface it's very smooth, but underneath I know there's a hell of a lot going on. 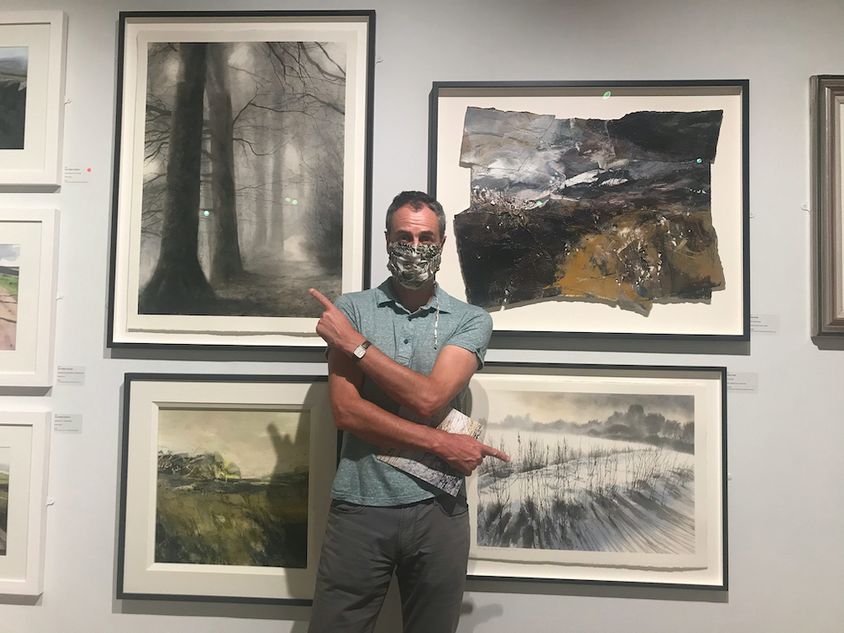 Got a little giddy at seeing my two paintings on show at the Royal Institute of Painters in Water Colour exhibition at the Mall Galleries. Um, can you spot which are mine?…… 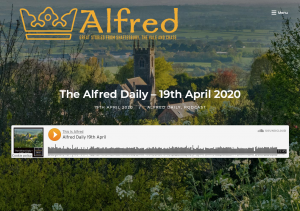 Many thanks to Thisisalfred.com for the interview here about painting in lockdown. Keri Jones is doing an incredible job creating a half hour podcast each day for all the latest news in our area.

Have a walk in the woods… 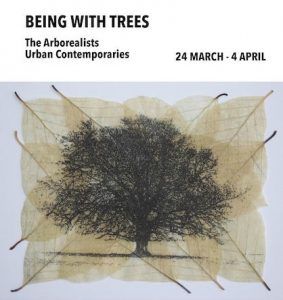 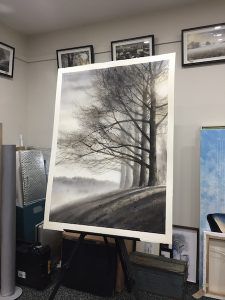 A little glimpse of my new studio. Built just in time…… 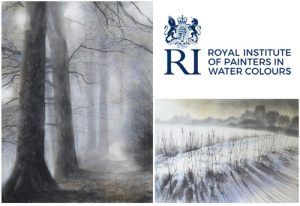 Proud that these two were selected for the Royal Institute of Painters in Water Colour exhibiton at Mall Galleries. All the work can be seen here 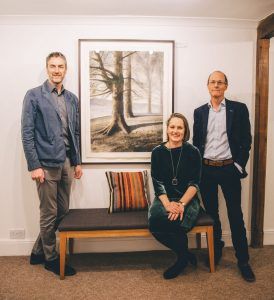 Lucy, Richard and I apeing Mrs and Mrs Clark and Percy at the lovely opening of their Root & Branch exhibition at Kevis House Gallery 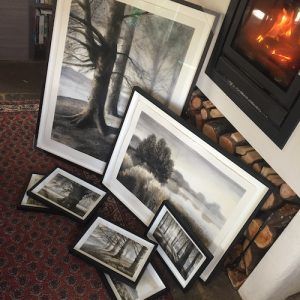 Off to Kevis House Gallery in Petworth with some S, M and L paintings for the upcoming Root & Branch exhibition 5 Mar to 30 Apr

The Royal Society of British Artists